Special Ed Resource – We Did Our Website 7 Years Ago, And Now We Have 200+ Monthly Recurring Paying Students. 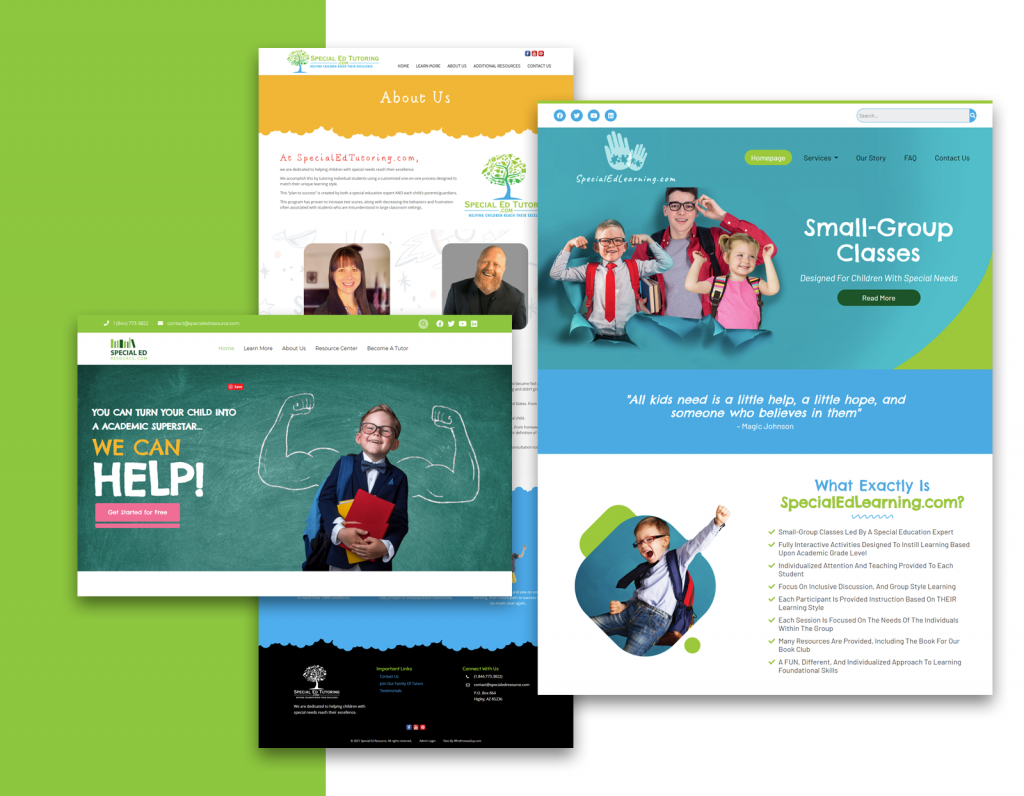 “Before my wife was the one that in 2012 she was a teacher. And she kind of wanted to have a teacher resource site like that was her plan. Hence the reason our site is called SpecialEdResource.com.

That was the first one that we launched. And so she had gone on and started to kind of play around with building a site on her own using one of those free sites builders. But that didn’t work out for long.
Then we decided it would be better to have a professional build our site. It was easy to trust you because I knew your jasaseo.link character because you hired me to work on your sales team at Infusionsoft/Keap back in 2010.

The cool thing about reaching out to you guys is that it was easy to discuss our vision with you. And unlike anybody else around you who are not business people, you didn’t number one, shoot down the idea.

And number two, you dug in and actually helped me figure out how this website could make t our business really work. I’ve seen you do that with other people that don’t have the history that we have. So it’s not like it’s just a friend thing like that’s the way you operate. And that’s fantastic. That’s why I would be I’m more than honored alat berkebun to hop on a video like this because I can not only speak the truth from the side of the friendship that we have, but also, I’ve seen you interact with other people, and I know other people that have interacted with you that aren’t necessarily friends of yours, and they all had the same experience. So there’s something to be said about that.

It was quite an investment for us not having anything but a dream. But I felt comfortable knowing that you guys were going to be there kind of almost like a partner, and that’s been true.”

“We did our first website out of four total websites back in 2014. We started our business and came to you with a dream and you helped us build not just our website but our dream. You also gave us tips on how to drive traffic.

We’ve done 2 revisions of the first website over the years. Now it looks even newer and fresh and it loads a lot faster.

The newest website incorporates funnels and upsells. The upsells are working amazingly. You were able to connect the sites to our marketing automation software Keap.

You understood my needs more deeply than I even did. I thought I’d want to have a flashy site, and I thought, Well, you just get a site out there. Great. Everybody’s going to flock to it. You’re good to go. Come to find out. That’s not the case. I did think that all the way through launch, and then nothing happened.

And, you know, a couple of weeks later, I was like, okay, well, maybe those guys were on to something when it comes to driving traffic. Okay, now you’ve got this site. What am I going to do with it? How is it going to work?

You anticipated and were asking questions, you really got to understand our business, really understanding the model, really understanding what we were going after and what you’re going to do, and then offered advice, even if it’s things that you don’t offer, you can’t sell me, but just stuff on what to think about as we move into the next phase after launch.” 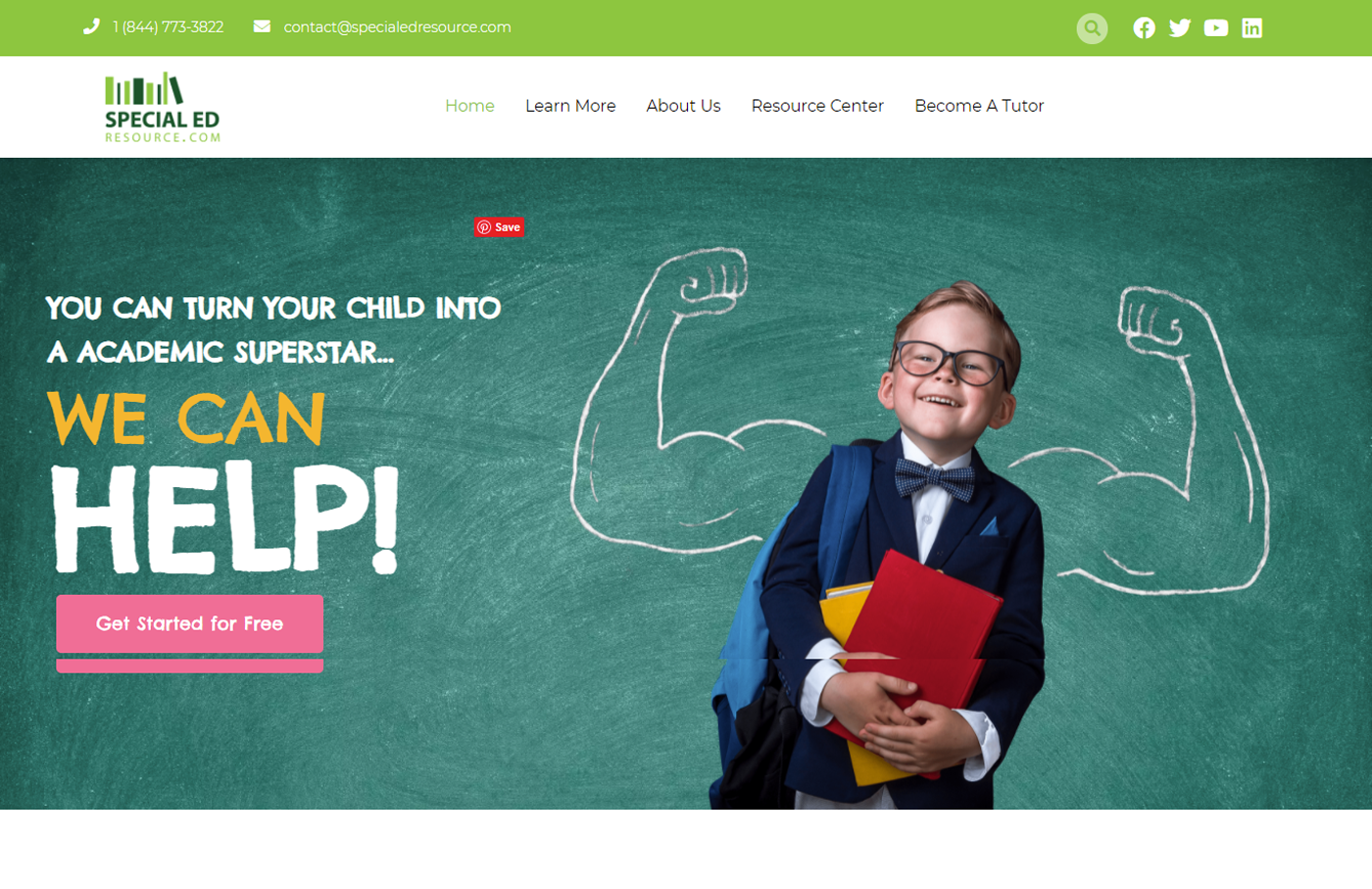 “Now we have over 200 students. But the win we achieved with working with you was When I pulled up Google and I started seeing traffic, I mean, really, that’s what it is because a website it is crucial. It’s crucial how it’s built. It’s crucial. But it’s crucial how it functions. And that’s really what you guys taught me is to set it up for the future. And so the first big win that I saw is when I pulled up Google Analytics and started seeing actual organic traffic coming from the United States, not some other place that you tend to get a lot of traffic from, especially when you launch a website, but yeah. So that’s what I would say was the first big win before that. It was just starting out. And I don’t know what type of clientele really flock to you guys today or what, but for me, it was I was just getting started in the head of vision. And probably the first yeah moment was when I saw it done. Here’s the vision you guys took, painted the picture for me pretty much exactly what I had in my head.”

What was your first reaction when you saw that traffic coming in?
“Babe, come here. That’s my wife. That was my first reaction. Take a look at this. Look at this. People are finding us now and then we started getting the consult request, which again, that’s our first step. And in the early days, they didn’t come in that frequently. So if we were driving somewhere and we got the consult request, we literally pull over. We had an iPad where my wife, who’s making the calls at the time, could just go into her, pull up the iPad and start taking notes and stuff.

Now our brand is out there.
So we have been found by Good Housekeeping and Top Ten reviews, a bunch of review sites, a bunch of big publishing magazines out there, even overseas. And so it sets up a lot of credibility from that standpoint.

So really, just having a nice website and that runs well, and that doesn’t take an hour to load a page. Coupled with the philosophy that you taught me early on about content and how to direct that traffic. The combination of all of it, really your organization, and kind of guiding me through that has helped has us get to where we are today.

I’ve recommended quite a few folks over to you.
What I would say to somebody is that when you find someone that you can trust implicitly that they have your best interest in mind that you can ask any question to, and there’s a level of transparency that you can feel. It’s not just words, but you can see them throughout the process.

You know, you tell them what you can do, but you also tell them what you can’t do, and you’re not going to oversell the world just to try to get a customer that you’re not going to be able to wow. And I think people can see that it’s not often that you’ll have a phone call with somebody of a development mentality, and now we’ve developed our own software for our tutors, and we’ve done other things, too, aside from websites, and it’s just rare that you find somebody that’s ever going to tell you no to a certain thing or even better. We could do that. But I think you’re going to have better results doing it like this. Oh, and by the way, it’s X amount cheaper to go this route that I’m recommending. Those are the types of things that I’ve seen with you. And I’ve heard other people interact with you that have had that experience. And that’s rare. I mean, that’s rare. So many people out there just try to get the most bang for the buck for that one-time sale, and I feel like you are looking at it more of the long game like you taught me at the beginning, which is if you treat somebody right doing website “A” chances are pretty high that they’re going to eventually need website “B” done in the future. Businesses are going to pivot and things like that. And so it’s a long-term relationship that you look at versus a one-time hit, which is, unfortunately, what you see out there a lot.” 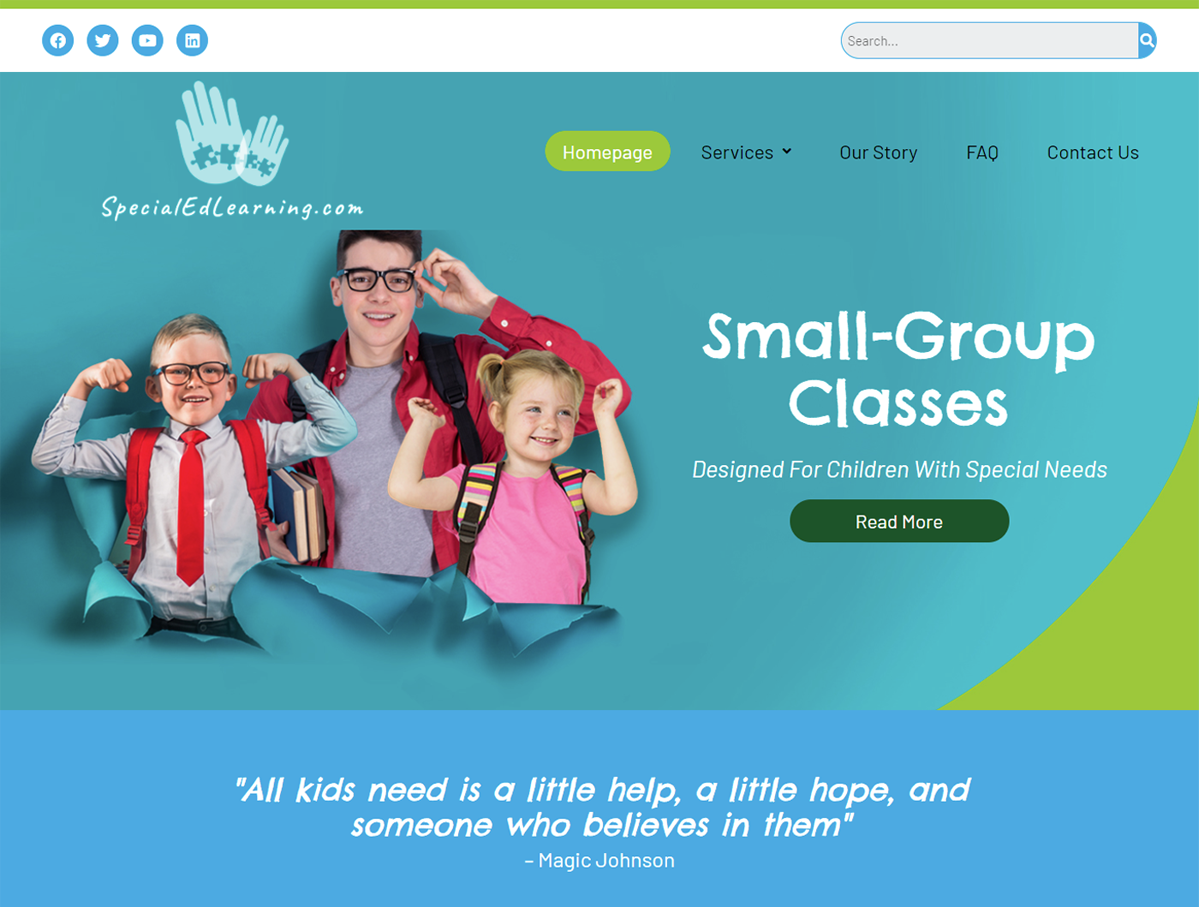 “It’s just rare that you find somebody that’s ever going to tell you yes we could do it that way. But I think you’re going to have better results doing it like this. Oh, and by the way, it’s X amount cheaper to go this route that I’m recommending. I’ve heard other people have had that experience. And that’s rare. I mean, that’s rare. So many people out there just try to get the most bang for the buck for that one-time sale, and I feel like you are looking at it as more of a long-term relationship.”

Speak To A Team Member
Check Out Our Pricing