Tripled Their Revenue and Increased Their Net Profits Dramatically 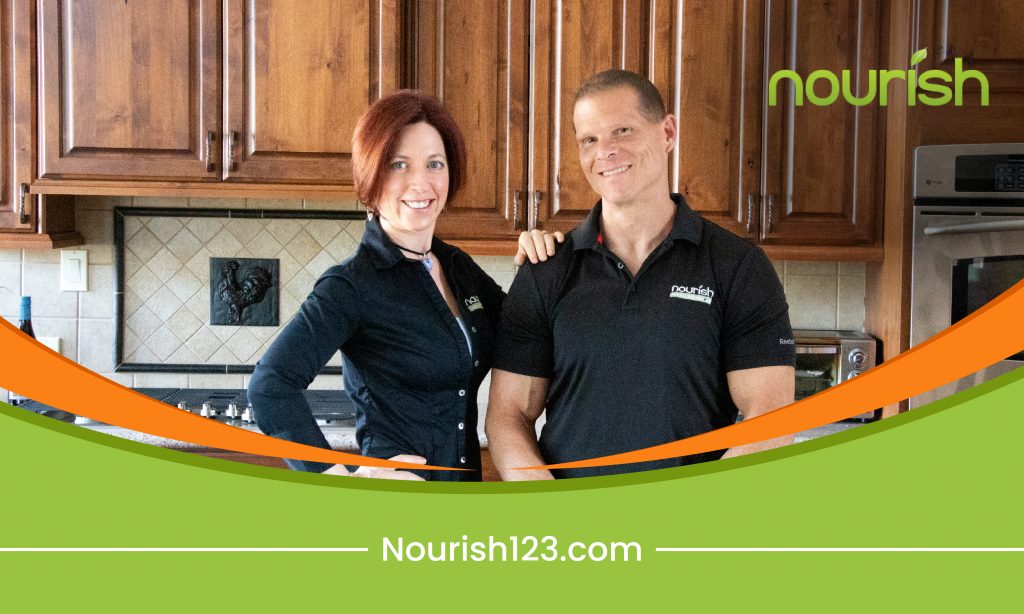 Kirstin Carey and her spouse Anthony DiNobile help people stop the progression of autoimmune and chronic illnesses, reverse the symptoms, and then heal from the damage that was done. They’ve been at this for over 12 years.

Kirstin is a natural health practitioner who successfully freed herself from Celiac Disease and Hashimotos. Her work with hundreds of autoimmune clients, and her own personal healing journey has helped her cohesively tie together the three crucial components (Nutrition, Science, and Soul) needed to heal and reach autoimmune freedom. She said, “The body is amazing. It was designed to heal and if we just support what it was already designed to do, it’s amazing what it can do and will do.”
Having owned other businesses and having as many as 28 employees, Kirstin admits that often she still felt like a solopreneur not even thinking about letting go of some of the tasks because she got so used to doing them herself.

She said that “Some of us business owners, we get stuck in our own head and we don’t even know the process we’re using to get this stuff done, and then it’s just easier just to do it.” Kirstin found that despite the fact there was a learning curve required to be able to delegate her tasks, the DeskTeam360 team helped her navigate through that process so she could gain time freedom to either work on other areas of her business or have extra personal time.

Kirstin and Anthony and the Nourish team have been with DeskTeam360 for close to a year when this Case Study was recorded. 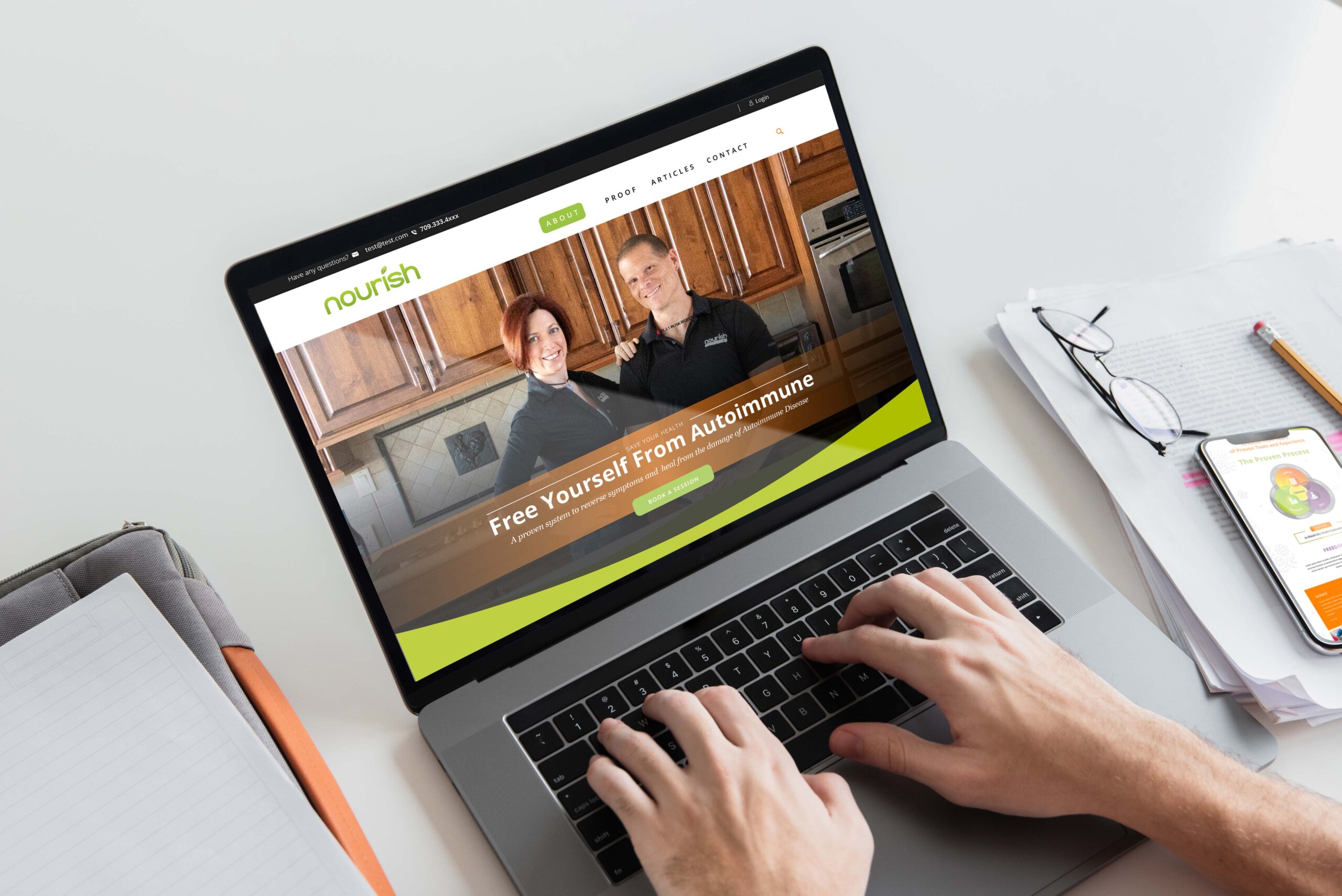 “It’s helped me be able to put more people on my team as well, because now I’m thinking bigger because before, I was the bottleneck. I was always the bottleneck. Like, my schedule just couldn’t handle one more thing and it actually, frankly, stopped us from taking on more clients. And now there are people out there suffering that need our help that we couldn’t take on because my schedule couldn’t handle it.”

As Kirstin discovered the best place for her in her business and began delegating to her in-house team as well as DeskTeam360, she’s been able to spend her time around high level stuff and recordings or whatever else needs to be done in her marketing.

This is bringing more awareness to her business and the services they offer. She’s found it’s now bringing in more clients and the right clients who are a perfect fit.

Prior to working with DeskTeam360 though, Kirstin shared her experiences in working with other VAs. They would start out fairly well, but they ended up as trainwrecks for various reasons. They would disappear on her and not communicate. They would only work while Kirstin was sleeping, making timely communication an issue. In some cases there was no one really overseeing the VAs, which created other challenges. She also was struggling to afford all of the different VA expertises necessary to support her business as it was currently running and the anticipated growth she was looking for.

When she learned that DeskTeam360 wouldn’t have these challenges, she was still hesitant because of her previous experiences. 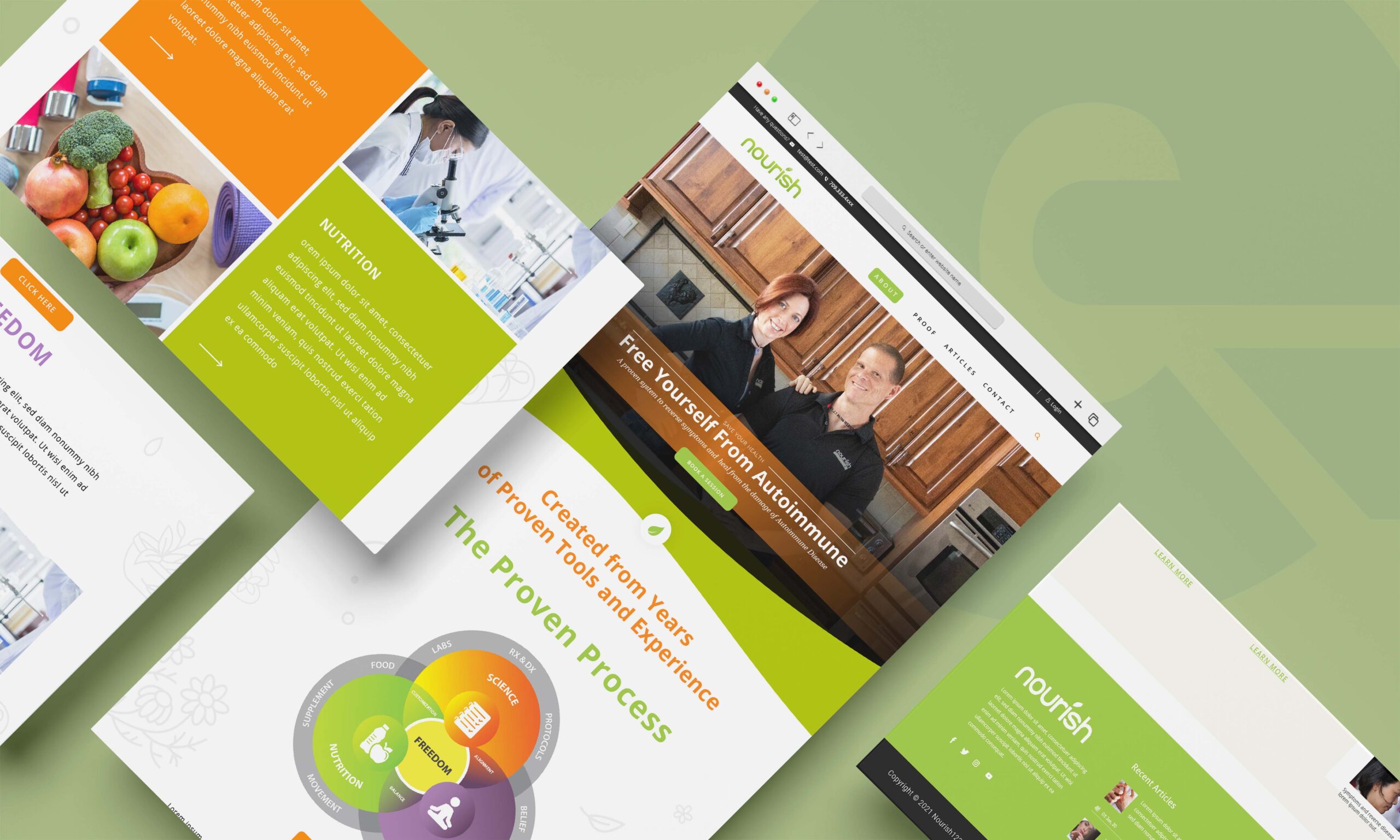 “I got to spend time where I love to spend my time, which is with the client helping them and then helping do more of the other things that only I could do, and understanding the difference between the “only what I could do” versus the “I really should be handing this off to somebody else”.

Kirstin is now able to shift her time to work “on” the business instead of “in” the business. She always knew that’s how things needed to be but just wasn’t in a position to make that happen but now she’s able to take her business to the next level. The growth of her business really is possible now that it’s not being restricted by her calendar.

“We were bottlenecked before and we couldn’t get past this. So now with DeskTeam360, the flow is there. We’ve broken through the dam and it’s flowing in a whole different way, but still controlled.”

“Honestly, to me the biggest difference between other VA teams we’ve worked with in the past is you, Cher , and your team is that you support and encourage me to really peel my fingers off of the stuff that I really shouldn’t be holding on to anymore.”